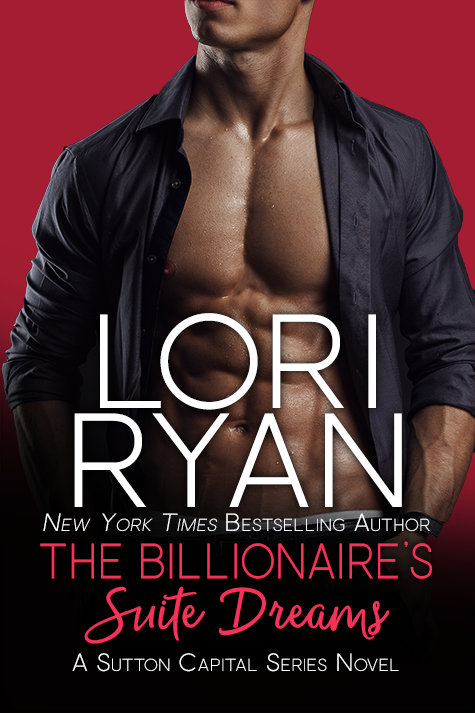 With her secrets about to come out and her career on the brink of disaster, she turns to the one man who might understand.

Pop star PJ Cantrell's life and career are threatened when an angry blackmailer uncovers the truth about her hidden past. PJ knows it has to be someone close, someone she trusts. That makes the betrayal hurt all the more.

She turns to long-time friend Gabe Sawyer for help but finds more than she bargained for. As she quickly discovers she wants more from him than friendship and support, she has to wonder what he'll think of her when he finally learns the truth about her past.

Gabe Sawyer is ready for a change. He’s built an empire in the hotel industry, but it’s time for him to find something to bring back the passion he once felt for his work. He’s tired of living in hotel suites, no matter how swanky the surroundings might be.

When PJ Cantrell shows up on his doorstep, she brings the wrong kind of passion his way. He’s left trying to bury the attraction he’s long felt for her. Giving in to that is the last thing PJ needs.

PJ Cantrell laughed and waved her arm over her head one more time for the crowd before stepping off the stage. She would change in her dressing room and take a few minutes to catch her breath, then head out to the side stage door to sign a few autographs. She tried to meet with a few fans after each show, thanking them for coming out to see her—but it took only a minute for her to realize that wouldn’t be happening tonight.

Her tour manager, Lydia White, met her backstage and immediately shuffled her toward her dressing room with more urgency than usual. Lydia was always tightly wound, but this was different. They were flanked by Lydia’s assistant—who also happened to be her younger brother—Ellis and PJ’s security detail, Carl and Jeff.

“What’s going on, Lydia?” PJ asked, glancing over her shoulder and spotting Ellis’s concern. He wasn’t very good at masking his feelings and he looked especially distressed.

“Let’s get you to the dressing room first,” Lydia murmured as they rounded the corner.

Ellis stood behind her. “It’ll be all right, PJ. It’ll blow over quickly, I’m sure,” he said, earning a scowl from Lydia. Ellis had a one-sided crush on PJ, but he was endearing and completely devoted. PJ had already recognized his importance on her team in the six months he’d been with them, even though an outsider might not see it right away given his lapdog-like devotion.

“It’s Kirt Tolleson,” Lydia said as she pressed an iPad into PJ’s hands.

PJ groaned and rolled her eyes. “What happened? I thought the media never picked up on the fact that he was ‘technically’ still dating me when he started dating his groupie?” She had managed to forget about most of her horrifying breakup with the lead singer of Visceral Bond last year. She hadn’t been in love with Kirt, so his betrayal had been more embarrassing than hurtful, but at least it had stayed quiet at the time. No one had known he’d actually gone straight from her bed—quite literally—and into his groupie’s on a routine basis, completely fooling PJ the entire time.

“Debra is already working on getting this taken down. By the time you wake up tomorrow, we’ll have it spun––” Lydia said, but PJ wasn’t listening. She knew her manager, Debra Manning, would be in her Los Angeles office no matter how late it was, working to handle this for her. It’s what she did.

PJ stared at the screen and watched as Kirt Tolleson listened to a reporter read an entry from PJ’s journal. Her very private journal that no one should have been able to get their hands on. She heard her words, her embarrassing words about the first time they’d slept together, being read for all the world to hear. Then her words when she found out about the breakup. How humiliated she’d felt. How ticked off she’d been when the betrayal became apparent. All of the details about his cheating, how she’d discovered the other woman’s underpants in his pocket one night after a show, the way he’d laughed at her when she confronted him, calling her nothing more than a cheap piece of ass he could get anywhere—all of it.

She watched as Kirt flushed when they asked him about the ‘indiscretion.’ So far, the interview didn’t seem that bad. She came out looking better than him, at least. But, what really had her panicking was the fact that they had her journal—or, at the very least, parts of it. This cannot be happening. PJ swallowed hard and tried to focus on the interview on the screen.

“PJ is a really wonderful girl and is still a good friend,” he said to the camera, his arm slung around the same groupie he’d cheated with. He turned away from the camera and walked off, but the video kept going for several seconds. And then PJ heard it.

A mic somewhere on one of the cameras had picked up his next comment to his new girlfriend. It was fuzzy and poor quality, but the words were unmistakable. “A little needy and sort of like screwing a dead fish, but a nice girl.”

“I’m sorry, PJ,” Ellis was saying. Lydia snapped at Ellis to be quiet, and then continued on about spinning and publicity and twisting the story to show Kirt and his girlfriend as shallow and heartless, and PJ as the victim. PJ gave a weak smile and nod to Ellis, knowing Lydia’s biting ways often hurt him. Lydia was intense and could be difficult to deal with, but she was damn good at her job. She took care of everything for all of them on tour, and they couldn’t function without her. They all made concessions because of it. In reality, Ellis and Lydia were both equally as devoted to PJ and her career; they simply acted on that in very different ways, with very different personalities.

She could handle Kirt’s comments. She’d grown a thick skin in this industry, and a few embarrassing words couldn’t do very much to damage her.

But, that wasn’t what had her hands shaking and her chest feeling like someone had it in a vice, twisting the breath from her body. No, it was the knowledge that someone had gotten into her private journal that sent PJ’s heart pounding. She knew what else was in that journal. Did they have the whole thing? Did they know everything? PJ blinked as she fought back tears. That journal could not get out.

She didn’t listen to the rest of the interview as her mind raced back to the last time she’d written in her journal. Two nights ago, and she was absolutely positive she’d put it away when she was finished.

“I’m going back to the hotel,” she said as she handed the iPad to Ellis and grabbed her bag. She didn’t want to face anyone else. She glanced at her phone and saw several missed calls from her parents. They might be her parents and she knew they loved her, but they’d already dealt with a lot when she’d been younger. Now this? Hearing about their daughter’s sex life in excruciating detail?

No. She didn’t want to talk to them right now. And, she needed to find out how bad this was. She needed to know if that journalist had the whole journal or just a piece of it. Her bodyguards, Carl and Jeff, helped her slip out of the building and bundled her into her car.

She sank into the welcoming softness of the leather seat and took a deep breath, bracing herself as Carl shut the door. He would follow in a large SUV while Jeff sat in the front seat with her driver. Both men were silent as they pulled out of the secured parking garage and onto the city street. Most likely, they knew she was in no mood to talk to anyone after the night’s events.

When PJ’s career as one of the youngest country singers in the United States—and then one of the biggest crossover pop singers in the world—took off at the age of fifteen, she’d had a short time when she struggled with alcohol addiction and a spiraling private life, but she’d since cleaned herself up. Now, most people said she handled the spotlight better than most stars. At twenty-nine, she was a lot better equipped to deal with the pressures than she had been at fifteen.

But, tonight had pushed those boundaries. Before the car had gone two blocks, PJ had seen her journal words on Facebook posts, in tweets, every site she pulled up on her iPhone. Private clips with personal details about their intimate relationship….

PJ’s hands shook as she pushed the button to engage the privacy panel between the driver’s seat and the passenger area before opening the small Coach bag she carried with her everywhere. She swiped aside her tears as she felt inside the lining of her bag, but she already knew she wouldn’t find it. The USB drive, designed to look like a tube of lipstick, was no longer tucked into the tear in the lining of her bag. It was gone.

She closed her eyes and leaned her head back against the cool seat. She hadn’t been stupid. She’d never kept her journal on paper, never kept it on her computer or stored it in a cloud drive. She wasn’t an idiot. She had very little privacy in her world, and she knew the chances of someone finding her journal if she kept it online or on her laptop were too great. But, she never thought anyone would actually find the hidden drive.

Even if someone spotted it, they would have thought it was an old lipstick, and she’d never told anyone it was there.

She’d gotten used to keeping the journal in rehab and had never given up the habit. It was her respite, her outlet for things that couldn’t even go into her songs. Things she couldn’t tell anyone. And, now it was out there.

She tried not to panic as she thought about all that was in the journal, all of the private details that whoever had taken it would be able to sell. Lord knows, they’d probably made a ton selling the entries about Kirt to JMZ’s Celebrity News, the station that seemed to be the originating point for the Kirt Tolleson interview tonight. What would they be able to sell the rest of it for? And, did she have any hope of getting it back before they did?

PJ swiped at the rest of her tears, hoping her mascara wasn’t running down her cheeks. She gazed out the window at the traffic that kept the town car moving at a crawl as it made its way to her hotel. She’d have to call soon. She’d have to warn her Aunt Susie and Uncle Brian about what might be released. They’d need to prepare Matthew.