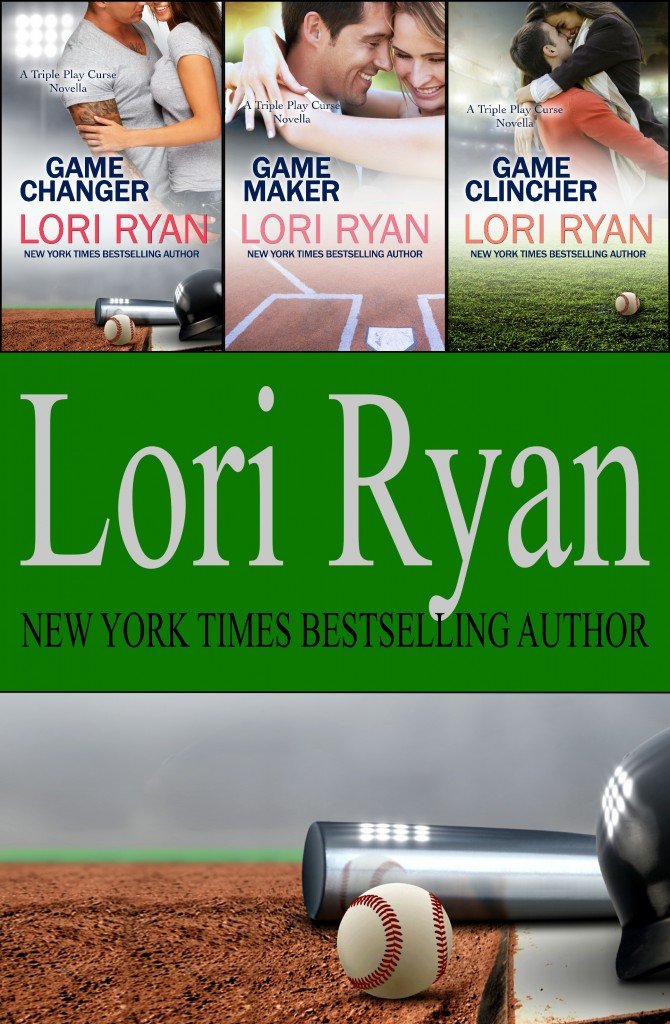 Part of the The Triple Play Curse Novellas series:

Every member of the Strikers, San Francisco’s professional baseball team, knows about the Triple Play Curse. When one Striker falls in love and gets either married or engaged during the season, two more will fall for a total of three. And, whenever the curse is in play, the team suffers for it. More errors and injuries, lost pennant runs, you name it. No one wants to trigger the curse.

Shortstop Rafe Wilson has his routines down to a science. How he ties his shoes, what shirt to wear under his jersey, which foot touches the field first, and how to enter the batter’s box. It works for him. The proof is in his stats. No question; the routine works. Until it doesn’t. When Rafe is left scrambling to figure out what went wrong, he quickly finds the newest addition to his pregame routine. A kiss. And, not just any kiss. Ashlyn Daniels’ kiss to be exact. But, can he convince Ashlyn to be part of his arsenal of “superstitions” that keep his game going? Or will the pregame kiss trigger an even worse superstition? The Triple Play Curse.

Pitcher Aiden Kyle knows the Triple Play Curse has the ability to mess with his life and with his team’s performance. And, now that the curse has been triggered, Aiden also knows he has to do all he can to avoid being its next victim. And that means strippers and hand lotion in the shower for the rest of the season for him. Until Lily Dupree whirls into his world with a crash that puts a kink in his plan. If Aiden can find a way to help Lily and get her out of his life, he just might avoid being the next victim of the curse.

After two of his teammates fall prey to the curse, Gage Collier realizes he’s got worse things to worry about than the power of the curse alone. He’s got his mother to fear, and the woman is on a mission. When a columnist spills the beans that the curse is in play and there’s only one victim left to be had, Gage’s mother spins a web designed to trap him into being its third victim and give her the grandbabies she’s been wanting. Though the bait she sets is tempting, Gage has no interest in falling in love. With his mother strategizing against him, Gage probably doesn’t stand a chance, but he’ll go down fighting before he takes this hit.