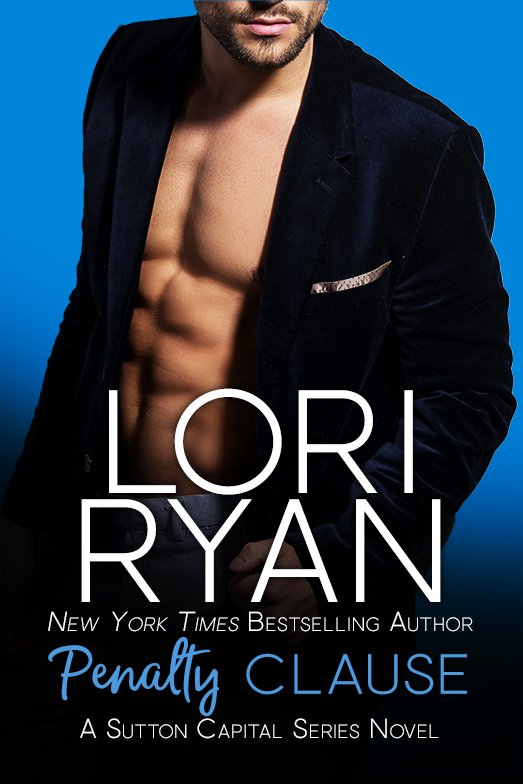 Chief Financial Officer Andrew Weston and photographer Jill Walsh are the two most unlikely people to fall in love.

When Jill’s first husband left her, she knew she'd never again trust that love can last. The pain you go through when love dies isn't something she's willing to go through again.

After Andrew’s first love betrayed him in the most brutal way possible, he knows he might fall in love again someday, but there's no way he'll ever make himself vulnerable to another woman by confessing those feelings.

When Andrew discovers his love for Jill, he knows the only way to get her to stay with him forever is to offer her an iron clad penalty clause in a prenuptial agreement. He contracts to stay with her forever or he loses everything he owns. The millions he's worked for, his property, his cars, everything. Now he just needs to hope that's enough to hold onto Jill forever.

JILL SIGHED AS she watched the tan Jaguar pull up her driveway and park behind the moving van.

She rolled her head backward, to the left, then the right, slowly trying to ease the tension from her body. It didn’t work.

Are you kidding me?

Jill didn’t bother to approach the car. If Jake insisted on coming today after she had told him not to, he could damn well get out of the car and come to her. Another sigh escaped Jill’s lips as Jake opened the car door and did just that.

“What are you doing here, Jake? I told you not to come,” Jill said. She continued to watch the movers as they carried out the larger pieces of furniture. Most of the furniture would go into storage since her grandparents’ home, which she would be living in temporarily, was already furnished. Only her photography equipment, her clothes and a few personal items were going to Westbrook with her.

“I thought I should be here. Just in case you need me,” Jake answered in his smug little way.

It irked the hell out of Jill that she still had feelings for her ex. That even though Jake treated her like a two-year-old, and even though he’d left her for his mistress after seven years of marriage, and even though he was an obnoxious jerk who just couldn’t leave her alone, a part of her still wanted to rewind the clock and go back to the way things were before Jake told her he wanted a divorce.

Jill didn’t answer him. It was a waste of breath. Clearly, if he had listened to her, he wouldn’t be here right now.

“Miss, you said there were some things upstairs that you’re setting aside for Goodwill? Do you want to show us what to leave for them?” asked one of the movers.

“What? She’s not giving anything away,” said Jake. He stepped between Jill and the mover.

Jill gritted her teeth, her breath bursting out as she stepped around Jake.

“Yes, Jake. I am. I’m giving some things to Goodwill.” Jill turned to address the moving man who now looked uneasily back and forth between Jill and Jake.

“All of the furniture in the master bedroom is going to charity. Can you move it downstairs, please? They’re going to come take it after we finish up here,” Jill said.

“What? Jill, why are you giving the furniture away? It’s perfectly good. I gave you all the furniture in the house so you wouldn’t need to get anything. I’m trying to take care of you and you’re giving furniture away?” Jake loved to sound like he’d given her all kinds of favors in the divorce settlement. A big man, taking care of poor little Jill.

Jill closed her eyes and began to count. One...two...three... Oh to hell with it.

“Yes, Jake. I’m giving away the damn furniture,” Jill said, rounding on him as the movers retreated back into the house. “Do you honestly think I want the bedroom furniture? That I would sleep in the bed? The bed we shared.” Jill swallowed hard as she tried to finish the sentence that stuck in her throat. “The bed that you slept with her in when you cheated on me?”

“You’re unbelievable, Jake.” For what felt like the tenth time since Jake arrived only a few short minutes before, Jill closed her eyes, took a deep breath and tried to center herself. Tried to let the feelings wash off her. Tried to release the tension.

“I just want to help you, Jill,” he said. He was indignant, as if Jill were being insensitive to his needs.

Jill wrapped her arms around her body, hugging herself tight and turned back to watch the movers bring the last few boxes out of the house she’d shared with Jake. When the sale of the house had gone through yesterday, she had finally been rid of the last piece of communal property. She now needed to be rid of him, rid of the memories and the heartache. Distance herself from her failed marriage.

It was several more minutes before Jill felt him move away. She really didn’t understand what he wanted. Why come around if he didn’t want to be married to her anymore? Was it guilt? Control? Was he trying to keep her waiting in the wings in case he changed his mind? She didn’t understand his motives and she didn’t care at this point. In the beginning, his continual presence had given Jill hope. Now, she didn’t want hope. She wanted this over. She wanted it over and done with.

A moment later, she heard his car start, listened to it as it pulled down the driveway. She began her neck rolls again. Slowly rolling back, left, right.