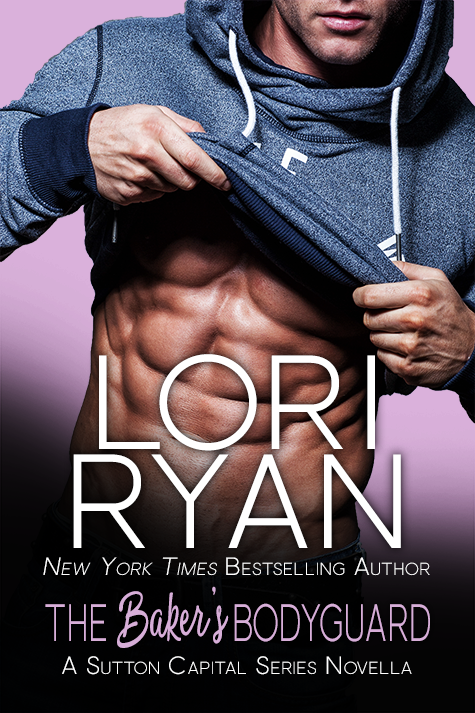 She’s let her fears take hold of her life. He’s there to help her through it.

It's easy for Jesse Bradley to tell herself she should be over her fears. Easy never seems to work out, though, does it? When she begins to lose sight of her dream of becoming a professional baker, she knows something has to change. Luckily for her, so do her friends and family.

When her brother-in-law realizes her fears have begun to paralyze her, forcing her to put her life on hold, he hires bodyguard Zach Harris to coax her out into the world. Zach will do that and so much more.

So slowly she’d scarcely noticed it, Jesse had stopped leaving the house unless she was with someone else. She wasn’t agoraphobic. She left the house – just not alone. At first, she hadn’t realized she was acting differently. She had nightmares, reliving the terrifying day when they knew Kelly had been taken but didn’t know why; reliving the agonizing moment when they realized Kelly had been taken by people who intended to sell her in a human trafficking ring. That there would be no ransom.

Then Jesse began to have flashes of anxiety when a stranger approached to ask her the time, or someone bumped into her in the line at the coffee store. She gradually began to commute to work with her dad, citing savings in gas and convincing him to drive five minutes past his office to drop her off at the bakery where she worked. She only went out with friends if they could pick her up and take her home afterward, so she wouldn’t have to be alone at any time.

And tonight, when she’d momentarily lost her friends in a large dance club, she’d had such a panic attack she thought she was going to crawl under the table and hide. If her friend, Sarah, hadn’t come back when she did, Jesse is fairly sure she would have either thrown up or begun to cry.

The whole thing made Jesse feel so...so...just, stupid, really. And humiliated. How could she tell anyone what was going on without people thinking she was a first-class idiot?

It wasn’t you they took!

Jesse wanted to scream at herself. I have no right to be so scared, so affected by this, she thought as she looked in the mirror.

This cowardly, quiet person wasn’t her at all. Jesse had always been friendly and outgoing. She’d invariably been the kind of person you could count on when you needed help with something. When a friend was going through a hard time, she’d be the one holding their hand, cheering them on. She was bubbly and fun, and she’d finally had a direction in her life. She was active and friendly and went after what she wanted in life. Until now.

Jesse had gotten her undergrad degree in business administration from the University of Connecticut, but then hadn’t really been happy with the work she was doing after graduation. She didn’t do well stuck in an office day after day. A year before Kelly’s kidnapping, she’d gone home to live with her parents so she could follow her passion. She wanted to bake. Not just bake – she wanted to create. To make people swoon when they took a bite of one of her desserts.

She’d gotten an entry-level job in a bakery, helping in the mornings with the baking and then working the counter in the afternoon. She’d applied to a pastry chef program in New York City, and had been all set to start before the kidnapping. The combination of that program with her undergrad meant she could start her own bakery.

But then Kelly was taken, and Jesse deferred her acceptance – twice.

Jesse heard a light tapping on the door and her mother’s voice.

“Are you still up, honey?” her mother asked through the door.

Jesse wanted to remain silent and pretend to be asleep, but the light was on.

Her mother looked at her with those eyes that saw too much, knew too much. “Are you all right, Jess? You seemed upset when you came in tonight.”

“I’m fine, Mom.” Jesse pasted a smile on her face, but even she knew it was a weak one. “I’m just tired. I probably shouldn’t have gone out tonight at all.”

Her mother looked at her a beat too long before saying goodnight. Jesse knew her mother had begun to notice the patterns. The way Jesse made an excuse to stay home if she weren’t able to drive with someone. The way she never took the bus anywhere anymore or went out for runs like she used to. The only problem was, Jesse didn’t know what to do to fix the problem, and she didn’t know how to tell her mom and dad what was going on.

Jesse closed the door and pulled back the covers on her bed. She opened her closet door and looked to be sure no one was inside. Tears began to stream down her face as she went through the ritual that let her sleep at night. She opened the bathroom door and pulled the shower curtain aside. Empty.

Jesse left the bathroom light on and the door ajar. She pulled the bed skirt up from the floor and bent to look under the bed. Nothing there. She curled up in bed and shut off the lamp. And she cried.