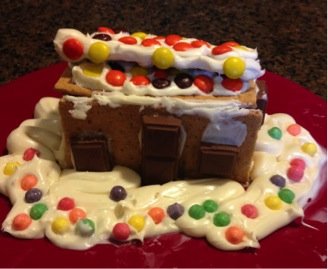 Soooooo……. I probably shouldn’t admit this in writing, even though I love the fall with all its changing leaves and pumpkin pies and apple cider, I’ve never really liked Halloween. Oh, don’t get me wrong. The candy thing? Great! I was a big fan of it. But the pressure? The stress? No. Not so much.

I hated the anxiety of coming up with a costume that would be seen as “cool enough” by all my friends at school. Just hated it. I was never the one with the best costume. I never had the fantastic, original idea no one else had thought of. Looking back now, I can’t remember any of my costumes. I have vague recollections of trying to find something that would give me an excuse to wear a crazy short skirt during my teenage years. My poor mother. We weren’t easy on that woman, that’s for sure.

Now that I have kids of my own—and they haven’t hit the short skirt phase yet—I’m enjoying things a little more. My son has this adorable Spider Man costume. One of those ones complete with built-in muscles to make him look super strong. And my daughter is dressing up as Queen Elsa, of course.

She decided to add to my trauma over Halloween by informing me I needed to put batteries in her costume so she “could have powers.” Wow. No pressure there. I’ve got it covered though. I’m sewing blue LED lights into her gloves so she can “have powers.” I’m pretty sure she meant actual snow-making powers, but it’s the best I’ve got.

I asked a few of my readers to tell me their favorite Halloween ideas for couples, since I’m not creative enough to come up with any on my own. They had some great ideas! My fave was from Judith O. She suggested Sheldon and Amy. Awwww. How cute!

I did manage to make a gingerbread house with the kids this weekend for Halloween. We didn’t actually cook the gingerbread or even buy the premade stuff. Nope. We used Graham Crackers. Oh well! It was fun even though the roof collapsed and the windows slid down the sides of the house.